Chinese people like eating, and Chinese culture is justifiably called a food culture. They have different foods with special meanings for each festival.

For Dragon Boat Festival the Chinese usually eat zongzi and various other foods below, depending on the region. 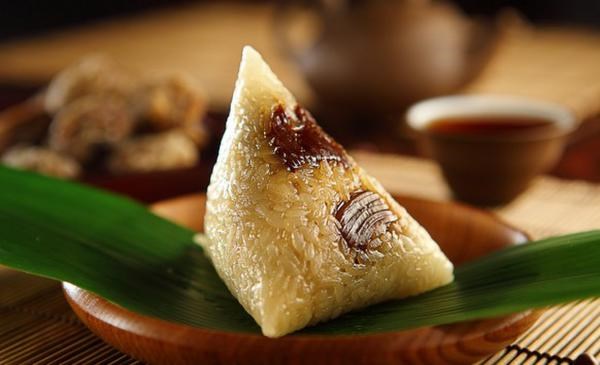 It is a traditional custom for Chinese to eat zongzi, a kind of sticky rice dumplings wrapped in bamboo leaves.

Zongzi are usually made of glutinous rice with meat or some other filling, and wrapped in bamboo leaves in the shape of a triangular pyramid. They are many different flavors and shapes of zongzi available. 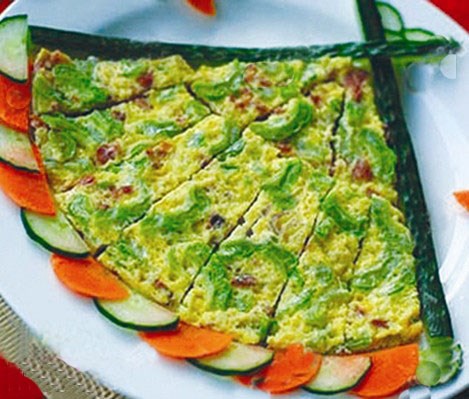 Mianshanzi are a kind of wheat flour food made in a fan shape.

The custom of eating mianshanzi on the Dragon Boat Festival mainly prevails in Minqin County in Northwest China’s Gansu Province.

This fan-shaped food is made up of five multi-colored layers, with each layer covered with fried sprinkles of pepper powder. The layers are pinched into a variety of patterns to make it appealing to eyes. This dietary custom is said to be trace back to the tradition of making and selling fans during Duanwu Festival in ancient times. 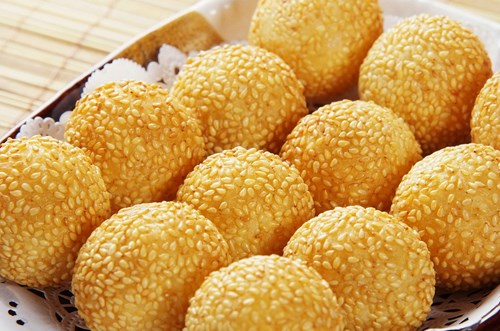 Jiandui is a kind of fried round cake made of wheat and rice flour and something to sweeten them.

A legend explains this custom. It is said that the area enters its rainy season during Dragon Boat Festival. People believed there were holes in the sky which, if not filled, would allow the rain to continue indefinitely. Eating jiandui is said to help mend the sky and fill the holes. 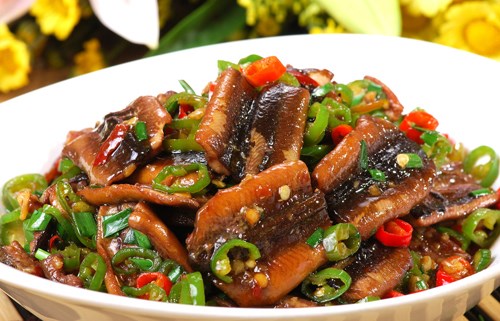 The custom of eating eel on Dragon Boat Festival day prevails in central China’s Wuhan region. Eels are probably eaten simply because they are in season during the festival. They are fatty and tender, and rich in nutrition. 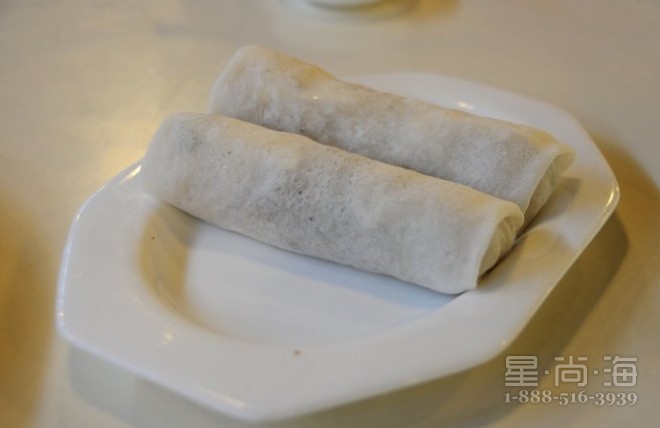 The pancake is made of refined white wheat flour fried in a flat frying pan.

When the cake becomes very thin and translucent, as thin as a piece of silk as the locals describe it, it is done.

Green bean sprouts, leek, shredded meat, and mushrooms are then placed on the pancake, which is then rolled up and eaten as a wrap. 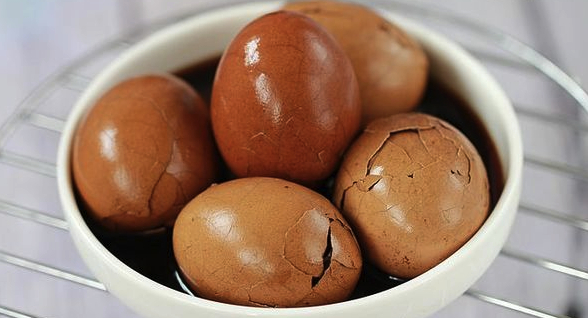 It is a custom for people in Central China’s Nanchang region to eat eggs boiled with tea at Dragon Boat Festival.

The shells of the boiled eggs are then dyed red, put into colorful net bags, and hung round children’s necks, which is believed to bring them good luck. 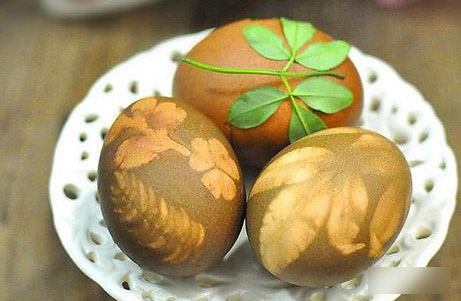 Eggs are steamed with garlic and then shared with families as breakfast. Eating eggs with garlic is believed to promote health. 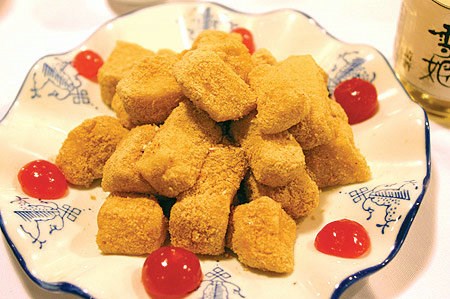