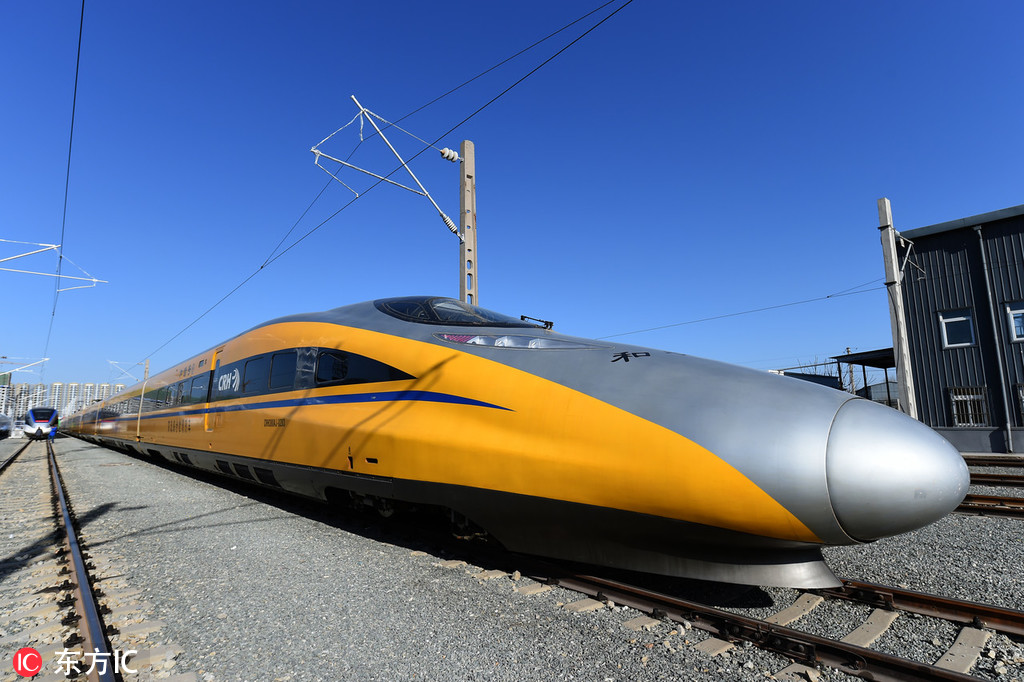 One of the newly developed Fuxing (Rejuvenation) bullet trains are unveiled at the China National Railway Test Center in Beijing on Dec 25, 2018. Three new types of domestically developed Fuxing trains designed with varying top speeds made their debut on Monday.

China's high-speed rail service is the world's leader as the era of automated high-speed trains approaches, with its core technologies and products all domestically made, said Lu Dongfu, general manager of China Railway Corp, on Wednesday.Tests of the automated high-speed system were carried out successfully on railways linking Beijing and Shenyang, Liaoning province, from July to September, with total trial mileage of more than 186,000 kilometers."The use of automatic train operations in lieu of manual driving has become a reality. Many subways have already applied the automatic operation systems," an expert from the China Academy of Railway Sciences Corp told Science and Technology Daily.He said that CRC put the system into operation in the Dongguan-Huizhou and Foshan-Zhaoqing intercity railways in Guangdong province, with speeds of 200 kilometers per hour - a first worldwide.Using the system, the train can automatically start, run between stations, adjust its timing according to the schedule, accurately stop at a station and open and close its doors, which increases operating efficiency and avoids congestion, delays and accidents, the expert said.The system will be put into operation in 2022 on the railway line that will link Beijing and Zhangjiakou, Hebei province, host cities of the 2022 Winter Olympics, with a designed speed up to 350 km/h.