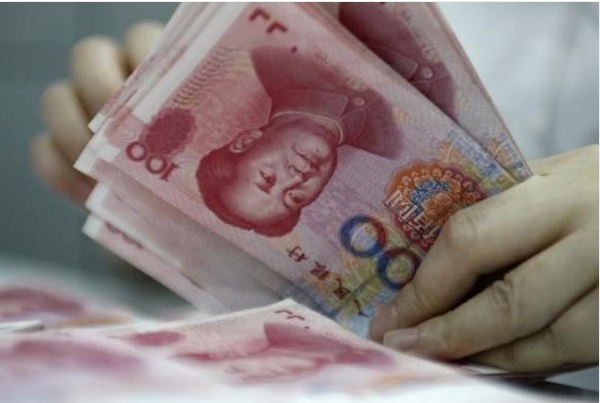 An employee counts yuan banknotes at a bank in Huaibei, Anhui province.China is likely to leave its benchmark interest rate unchanged in the near future amid reasonable inflation rises and a stable yuan, even with the higher likelihood of a United States Federal Reserve interest rate rise next month, according to analysts.The possible uptick in the Chinese rate would not take place until the third quarter, if at all, and would likely be lower than that of the US Fed, they said."The current proper inflation growth－one of the most decisive indicators for monetary maneuvers－provides no incentive for the People's Bank of China to take any steps," said Zhang Bin, a senior researcher at the Chinese Academy of Social Sciences. "The government intends to keep its monetary policy independent. That means monetary policy adjustments will mainly be based on domestic economic circumstances."Market observers expect a below 3 percent inflation rise in 2018, after rising by below 2 percent consistently over the past year.Zhang made the comment on Wednesday as some wondered whether China's central bank would soon follow the US Fed's steps to raise interest rates.The Chinese central bank's last move was to raise its market rates for its Medium-term Lending Facility and reverse repos by five basis points on Dec 14, the day after an interest rise by the US Fed.The benchmark rate has been on hold since late 2015, remaining at 1.5 percent.Wang Youxin, an analyst at Bank of China's research institute, said the recent move further implies there will be no changes to the benchmark rate, as it has already helped to shrink the gap between the two countries, mainly the short-run interest rate gap.Unlike rising rates in the financial market, rising benchmark rates would hurt the broader economy, according to Wang."The central bank hopes to keep financing costs low for the broader economy to better spur growth," he said.Unless there are severe external challenges, the benchmark rate could remain unchanged for months, at least until the second half of the year, he said. Wang added he expected the rise would be lower than that of the US, if it came at all.